Under the auspices of H.E. Minister of Transport Kamel El Wazir

TransMEA the leading exhibition and conference bringing together
leaders, Innovators, influencers and visionaries of the transport and logistics industries

TransMEA 2019 was inaugurated by H.E. President of Egypt Abdel Fattah Al-Sisi, accompanied by local and regional dignitaries from Africa and the Arab World, as part of the renowned Cairo ICT in its 23rd round. More than 80 exhibitors from 12 different countries displayed their latest in transport technology, alongside technology giants in the IT hall displaying the latest transport solutions. Out of 116K visitors to the entire event more than 28K visited the TransMEA hall, more than 70% of them were field experts and decision makers, who considered the event the best platform for transformation in technology. H.E. Egypt’s Minister of Transport Kamel El Wazir led the  conference and the  presentations among a regional audience of transport experts and professionals.

More than 15,000 specialists from the region attended both the exhibition and forum. African & Arab specialists were impressed with the show made by multinational & international companies from 4 continents. Each exhibitor presented himself/herself to President Abdel Fattah Al-Sisi, ministers and official delegation during the opening of the event and throughout the 4 days of TransMEA. 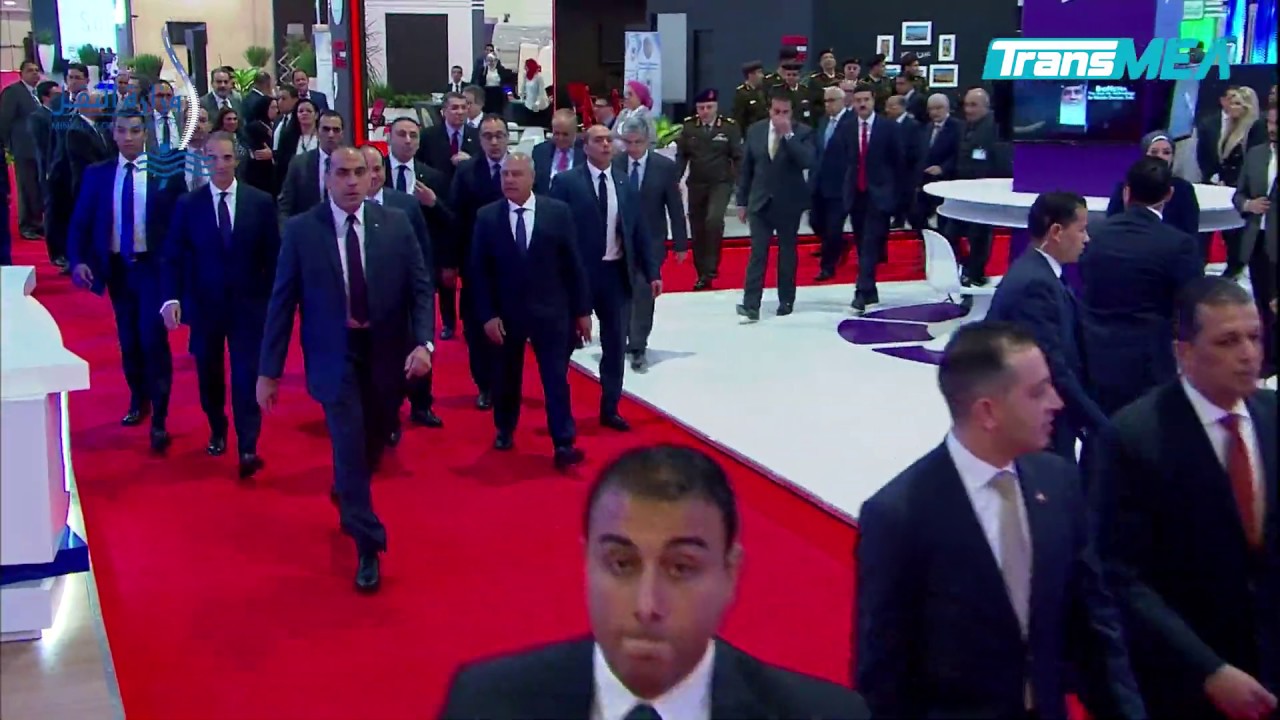 TransMEA as part of the renowned Cairo ICT has a unique, cross-sector business environment, fostering exchange between the transport, logistics industries, corporate and public service sectors. This includes participants from multinational companies to SMEs, from regional ministries, government bodies to local authorities and from global IGOs to local NGOs.

TransMEA is not simply another transport technology exhibition or conference, as it stands out as a unique blend of exhibitors and visitors from a region hungry for development based on new and improved arteries to move growing nations towards objectives seriously pursued. The geographic coverage of TransMEA (Middle East and Africa) is a main attraction no other event covers.

TransMEA covers the entire spectrum of the transport and logistics industries, whether roads, railways, subways, river transport, and border control or the logistics sector. It tackles topics related to developing transport infrastructure, based on AI that supports communication between machines without human intervention. Modern and smart transportation systems contribute to improving the performance of road networks, combating accidents and minimizing trip-time, thus rationalizing transportation costs and fuel consumption rates, raising the efficiency of commercial exchange, and controlling pollution.

As change is coming to transportation, whether we are ready for it or not, Digital railways, next-generation vehicles and smart mobility services are based on the “information everywhere” world that is disrupting transportation. Hence, TransMEA 2020 will also tackle:

It is certain that governments will no longer be able to handle the necessary infrastructure single-handedly. Who will help out? Above all, who realizes that not the construction, but rather the maintenance of transport infrastructure will be the most important financial challenge in the coming years? However, at least equally important for the prosperity of a country is its competitive position, which is influenced by its transportation infrastructure. In particular, linking digital and physical infrastructure is a subject relevant for the future and in danger of being underestimated. In addition to calling attention to underestimated opportunities and potentials to governments, alliances, non-government organizations, industry and service providers, which salvage the actual promise for a better future. Only he who recognizes an opportunity can exploit it.

The volume of goods shipped will quadruple by 2050. But competition is coming from all directions, and digitalization will drive big change.

Technology innovation and digitalization are disrupting almost every process across the transportation and logistics ecosystem, including the methods of shipment, content and cargo management, and supporting administration activities, such as documentation and payments.

As global population will increase from 7.4 billion to 10.6 billion by 2050, the volume of goods shipped will quadrupled by then, driven by urbanization, increase in disposable income, Internet penetration and ease of access to new technologies. Document and paper-based shipments are expected to decrease significantly as digital document management evolves.

Given the accelerating pace of change, transportation and logistics (T&L) companies need to transform themselves for a world where they are no longer protected by entry barriers, competition comes from all directions, and digitalization will become the major agent of change.

“Thank for your cooperation at TransMea. Thank you for the organization and the follow up that you made during the event. Looking forward for more cooperation with TransMea team,”

”The Bombardier Transportation team made many new connections at TransMEA 2019 and we received high interest in our urban mobility solutions, especially our INNOVIA Monorail system which is coming soon to Cairo,”

“Trans MEA 2019 was a great success. While visiting this magnificent event, I got the feeling that everyone who counts in this business sector was there. It was perfectly organized, well arranged and yielded many  benefits for all exhibitors and visitors. I hope to see more companies from Hungary at the next Trans MEA. 2020 will be a special year for us, because we will bring back the famous Hungarian trains to Egypt’s railroads in cooperation with Russia,”

“The increased participation of global and local companies in TransMEA reflects the considerable benefit accrued from Trans MEA; an essential platform for experience exchange, and learning about successful experiences in the world and the latest innovations in transport.We need concerted efforts and hard work to continue development and modernization of all transport sectors, for a quantum leap in services offered to the public”

Want to Exhibit at TransMEA?

Launch your latest products, showcase your brand and expand your  business at MENA ultimate platform for transport technology and  innovation
EXHIBIT AT TransMEA